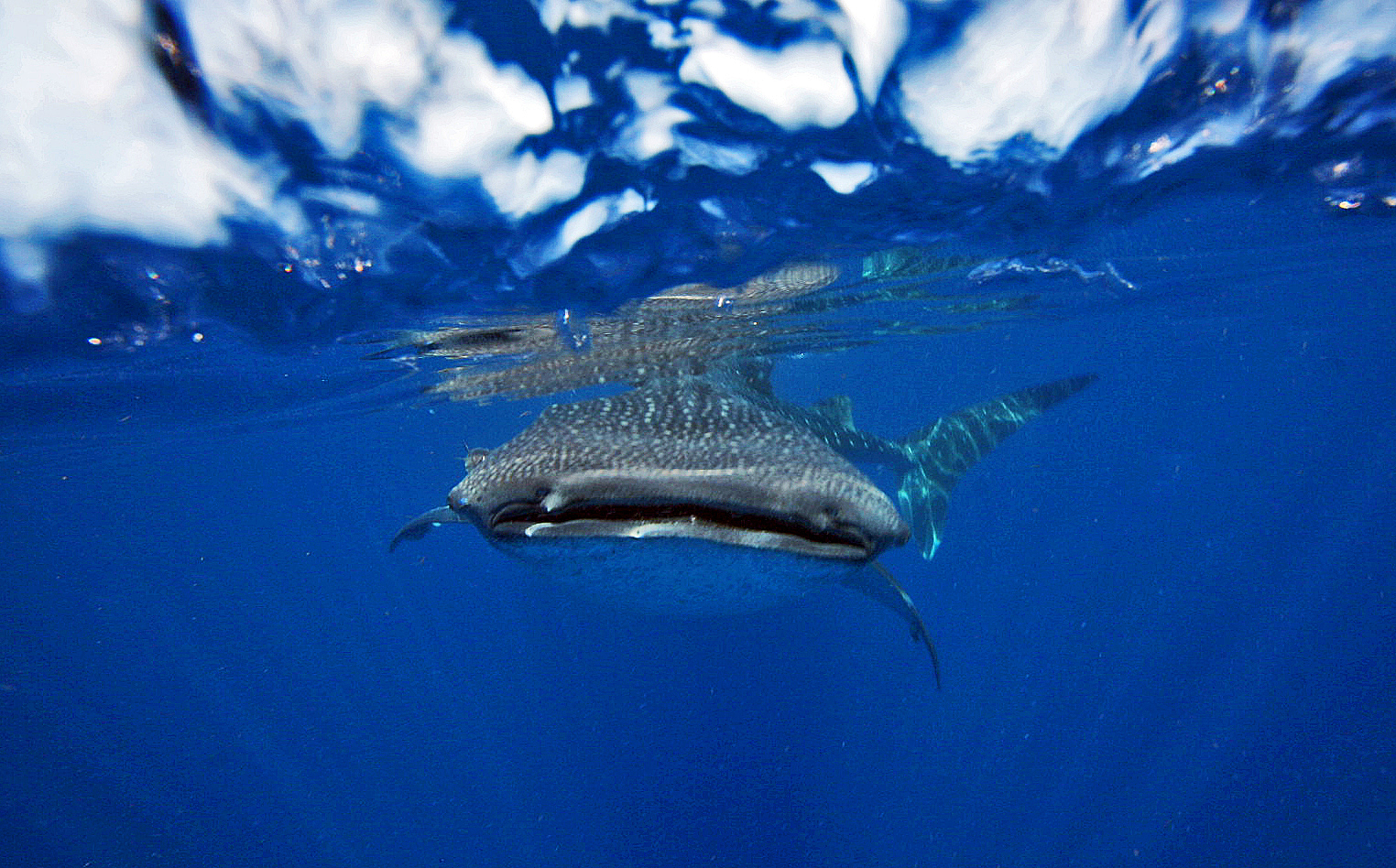 Posted at 19:18h in Uncategorized by akumaldi 0 Comments
0 Likes

1) Whale sharks were first discovered by science in 1828, near the South African coast, however, before ~1980, confirmed sightings numbered only into the hundreds… yes, worldwide!

2) Whale sharks are legendary; ancient stories have been told about them, including one wherein the gentle giant was actually a re-incarnated Buddhist monk! How’s that for a movie?

3) Whale sharks breathe through their gills and, unlike whales, these majestic animals don’t have the need to surface for air (therefore, they don’t possess a ‘blow hole’).

4) Whale sharks, like the baleen whale, are filter feeders. Filtering ~1500 gallons of water per hour; feasting on a myriad of tiny creatures.

5) Whale sharks are ovoviviparous. This means eggs hatch within the female’s body; and then, little baby whale sharks grow inside :o)

6) Whale sharks have cartilage instead of bone.

7) Whale sharks can dive a mile deep and travel for thousands of miles.

8) Whale sharks are late bloomers; they don’t get romantic until their late 20s / early 30s.

9) Whale sharks have an impressive lifespan; shorter estimates have them at 70 years, however, they may be ‘supercentenarians’, living up to 150 years of age! We’re not entirely sure, no one has studied them *that* long!

10) Whale sharks are not only the largest fish in the sea, +30 ft in length / weighing around 10 tons, they are also among the largest fish EVER to have existed. Officially, the largest was 41.50 ft / 21.5 tons, rivaling prehistoric sizes, such as their not-so-benign and extinct (or so they say ;o) cousin the Megalodon, which is believed to have been somewhat larger.

Whale sharks are simply wondrous! Discover just how marvelous these behemoths are… allow us to show you! Book a tour here!